"Performing-arts organizations were already climbing a steep hill in their efforts to broaden their audiences when the pandemic made it steeper. Now as we’re finally starting to gather again for live music, one classical-music presenter, Emerald City Music, now in its seventh season, is renewing its efforts to attract new listeners by providing what artistic director Kristin Lee calls a 'Friday date-night vibe,' setting up an atmosphere in which 'musicians can engage as much with the audience as with each other.'" 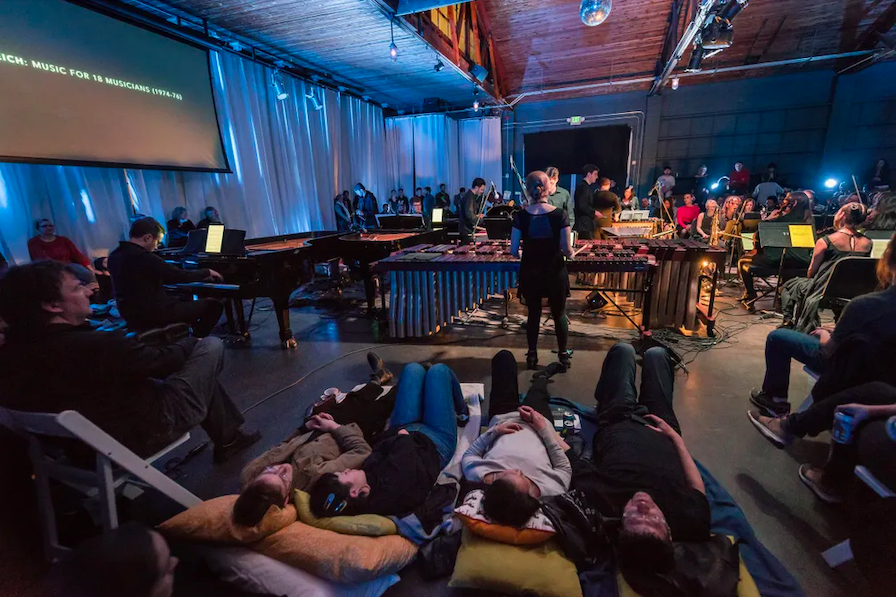 On February 5 and 6, 2022, Kristin Lee performed Vivian Fung's Violin Concerto with the Hawai‘i Symphony Orchestra, under the direction of conductor Andrew Hilary Grams. Prior to the performances, Kristin joined Vivian and Andrew for a virtual chat about the program. 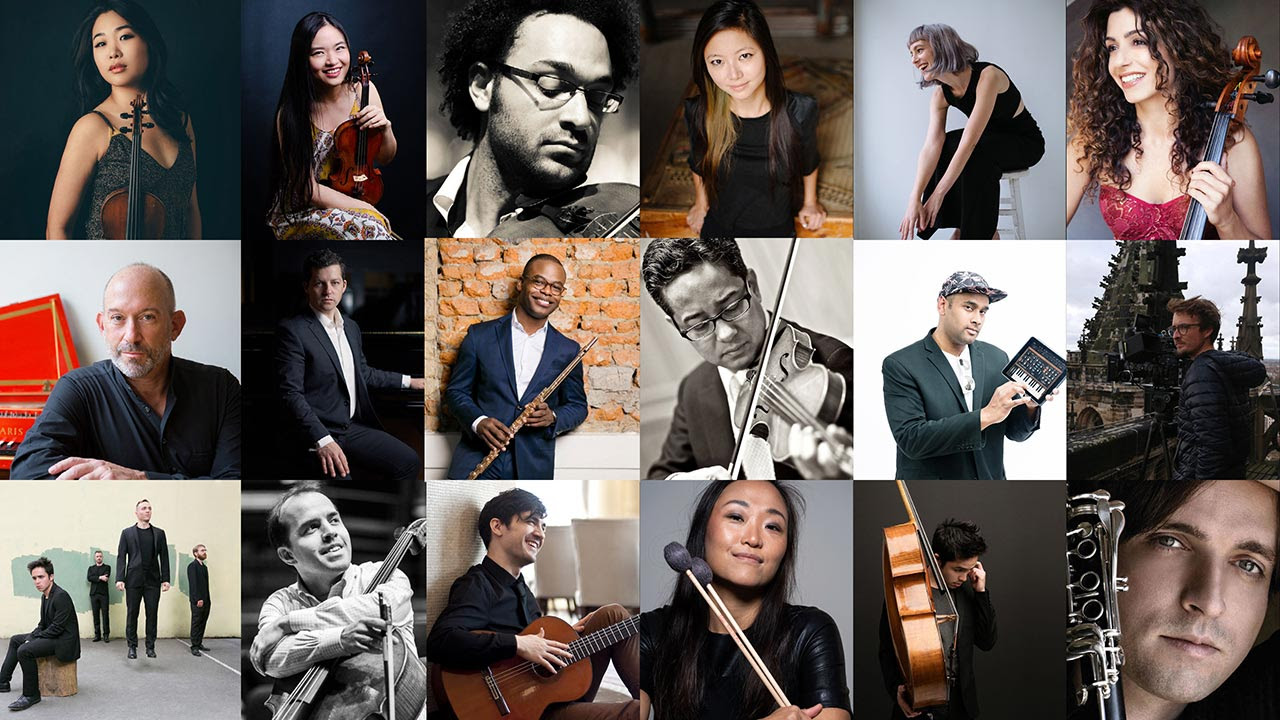 On Wednesday, December 1, 2021 at 7:30pm ET, violinist Kristin Lee hosted a panel for the Chamber Music Society of Lincoln Center’s Musical Heritage Series, which explored the musical legacies of towering figures in classical music through conversations with students and colleagues along with film clips and historical photos. For this special program, Lee fondly remembered her teacher and legendary violin pedagogue, Dorothy DeLay. Joining the panel were distinguished guests and former DeLay students and colleagues, Itzhak Perlman, Toby Perlman, Cho-Liang Lin, and Sandra Rivers, as they paid tribute to this great artist who mentored generations of musicians. The presentation included rarely seen photos and videos, and a Q&A with the virtual audience following the presentation.

UC College-Conservatory of Music Dean Stanley E. Romanstein has announced the addition of acclaimed violinist Kristin Lee to the college’s roster of distinguished performing and media arts faculty members. Praised by the likes of The Strad, The Washington Post, New York Classical Review and more, Lee’s appointment as Assistant Professor of Violin begins on Aug. 15, 2021. 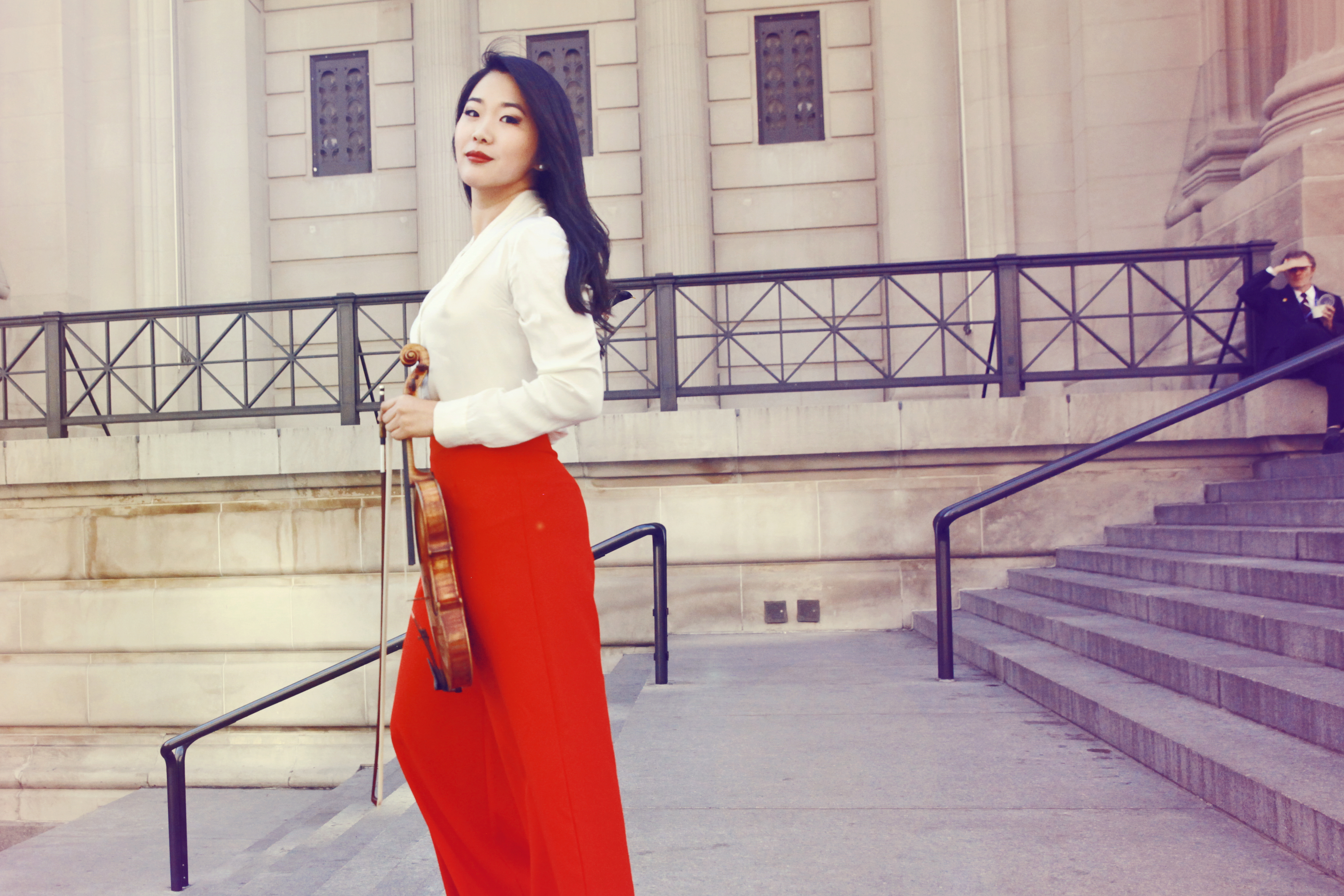 Emerald City Music, the Seattle-based chamber music series Kristin Lee co-founded, has launched a fundraising campaign for 27 musicians whose livelihood has been severely affected by the coronavirus crisis. 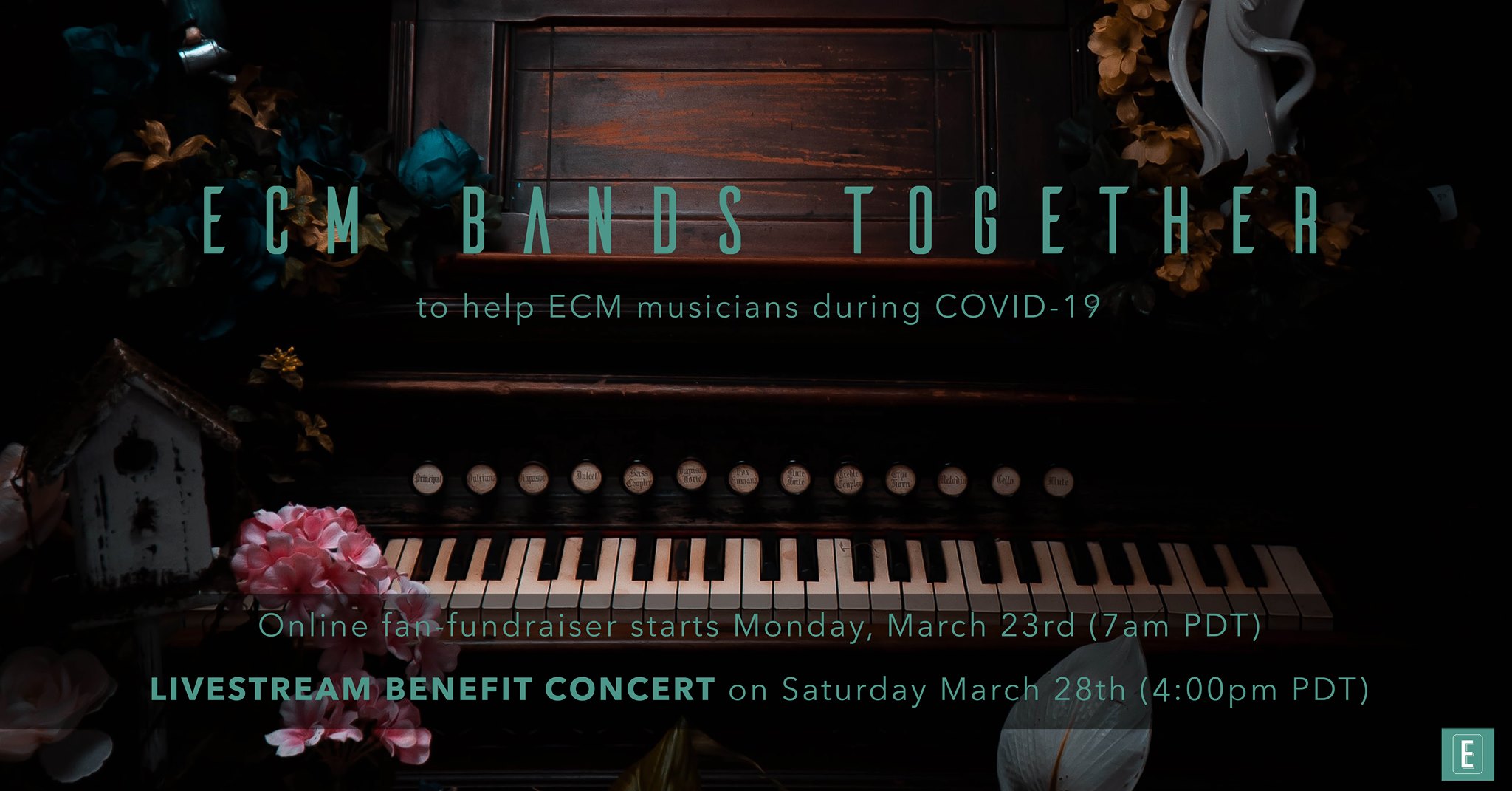 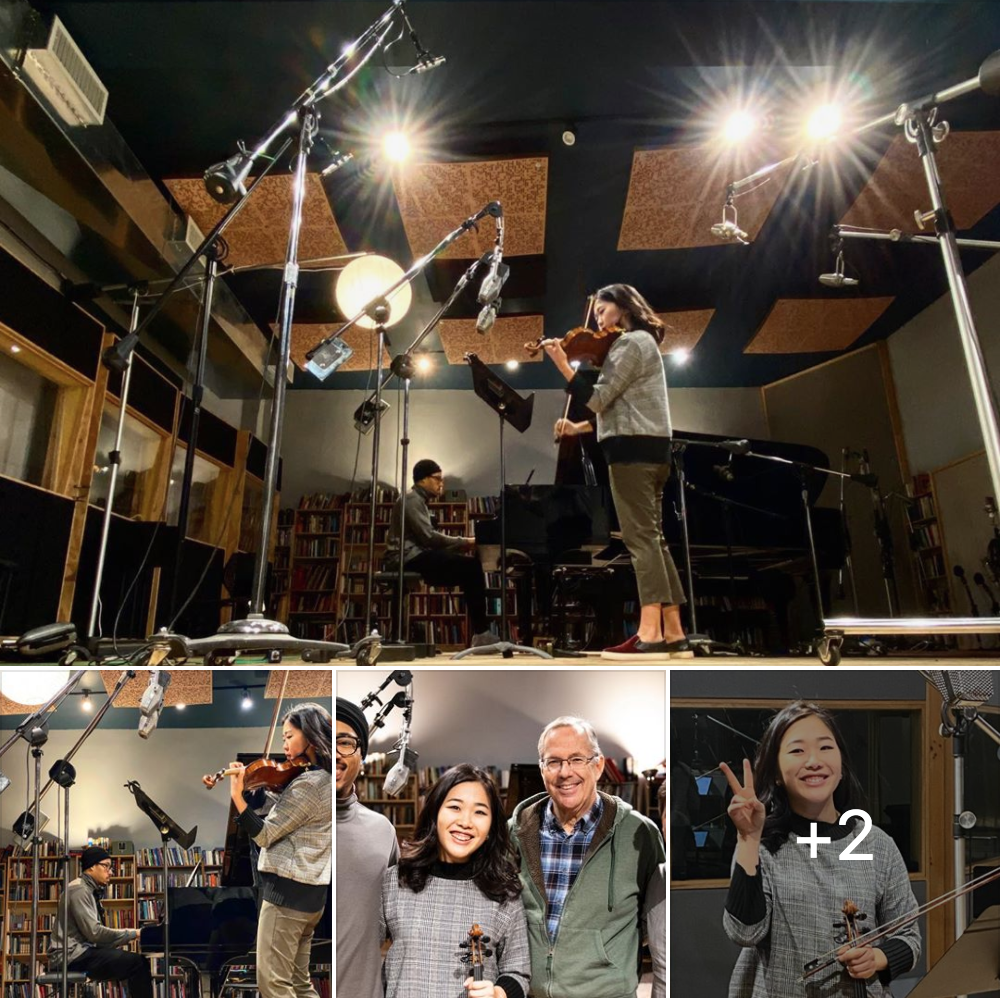 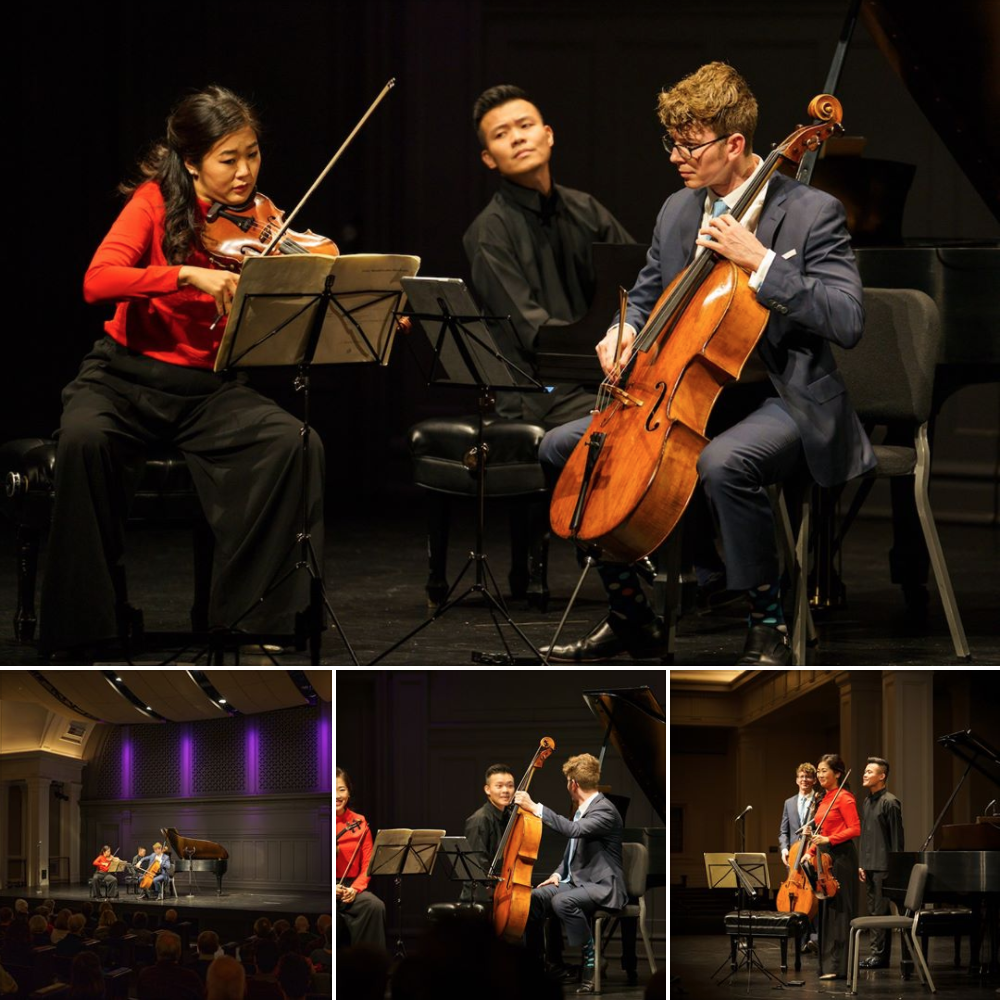 Kristin Lee spoke with LA Weekly about a pivotal experience in her life from 2009 at Music@Menlo Chamber Music Festival.
READ HERE 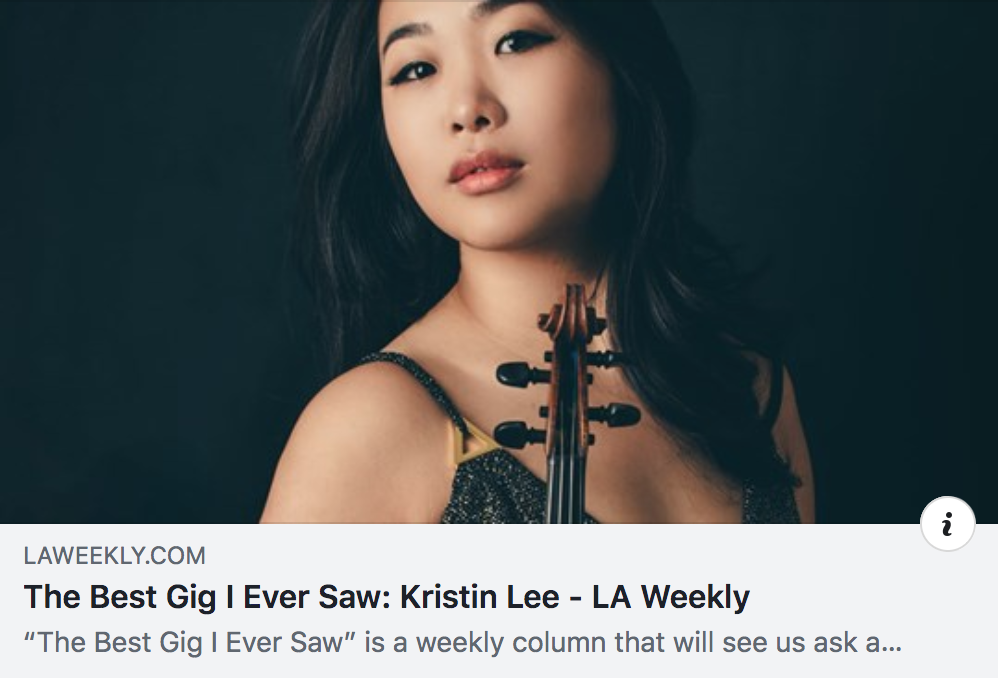 New video from The Chamber Music Society of Lincoln Center 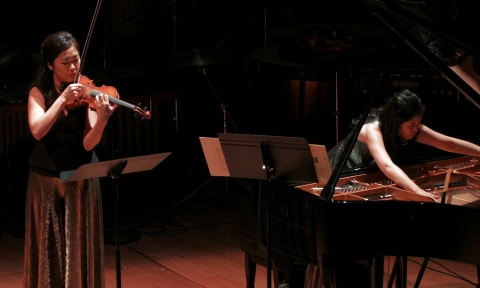 Review in The Strad 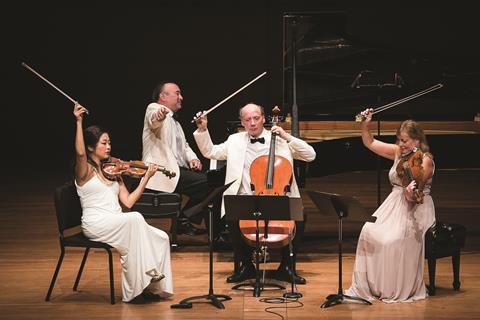 Kristin Lee and pianist Gilles Vonsattel performed Beethoven's Violin Sonata in C minor, Op. 30, No. 2 at Camerata Pacifica in February 2019.
Kristin writes, " I remember studying this work from such a young age, and it’s amazing how this piece has and continues to evolve with me. I’m joined by one of my favorite people/pianists, Gilles Vonsattel. Hope you enjoy this performance!"
WATCH HERE 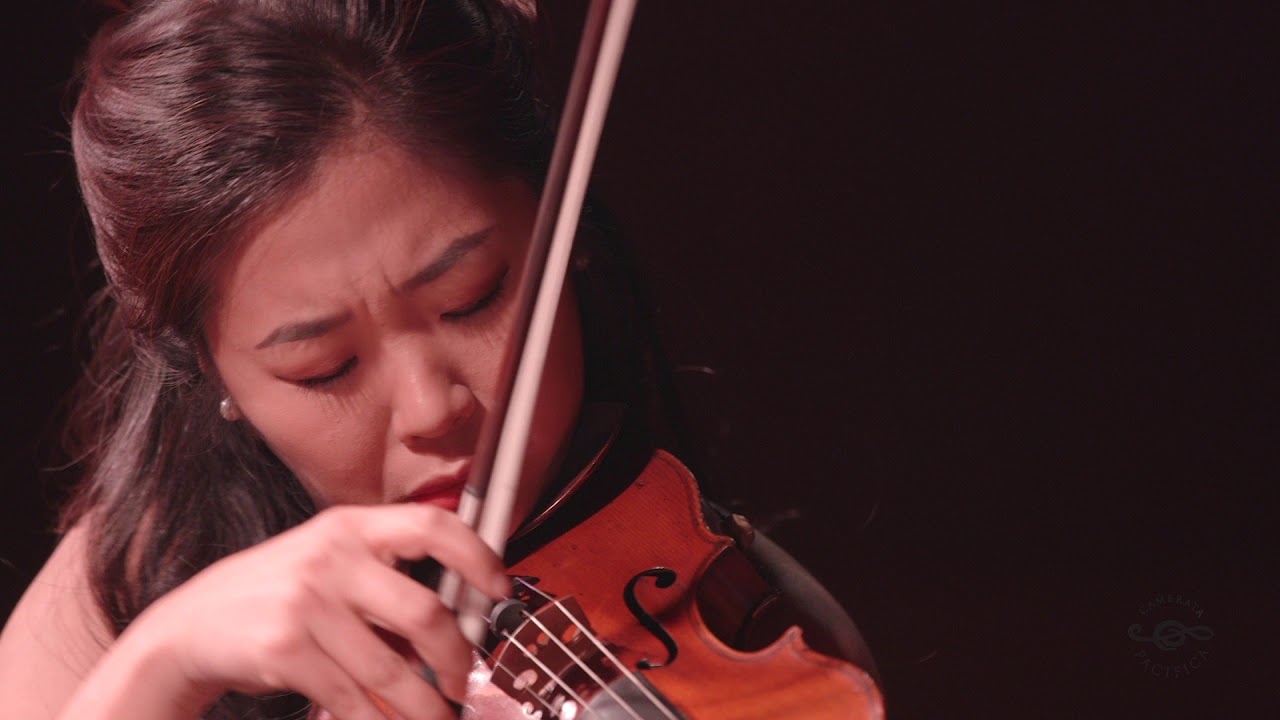 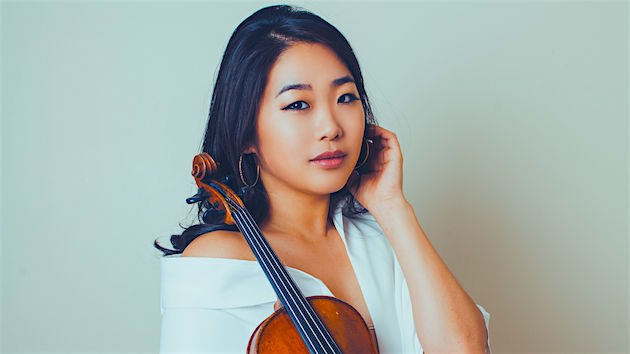 Kristin writes, "What an honor to live in George Crumb’s music this past week, and to meet and play for the legend himself.  Thank you, George Crumb, for inspiring all of us with not only your brilliant mind, but your humbleness and generosity as well. And thank you, Chamber Music Society of Lincoln Center , for giving all of us this incredible opportunity. This week will live on with me forever!" 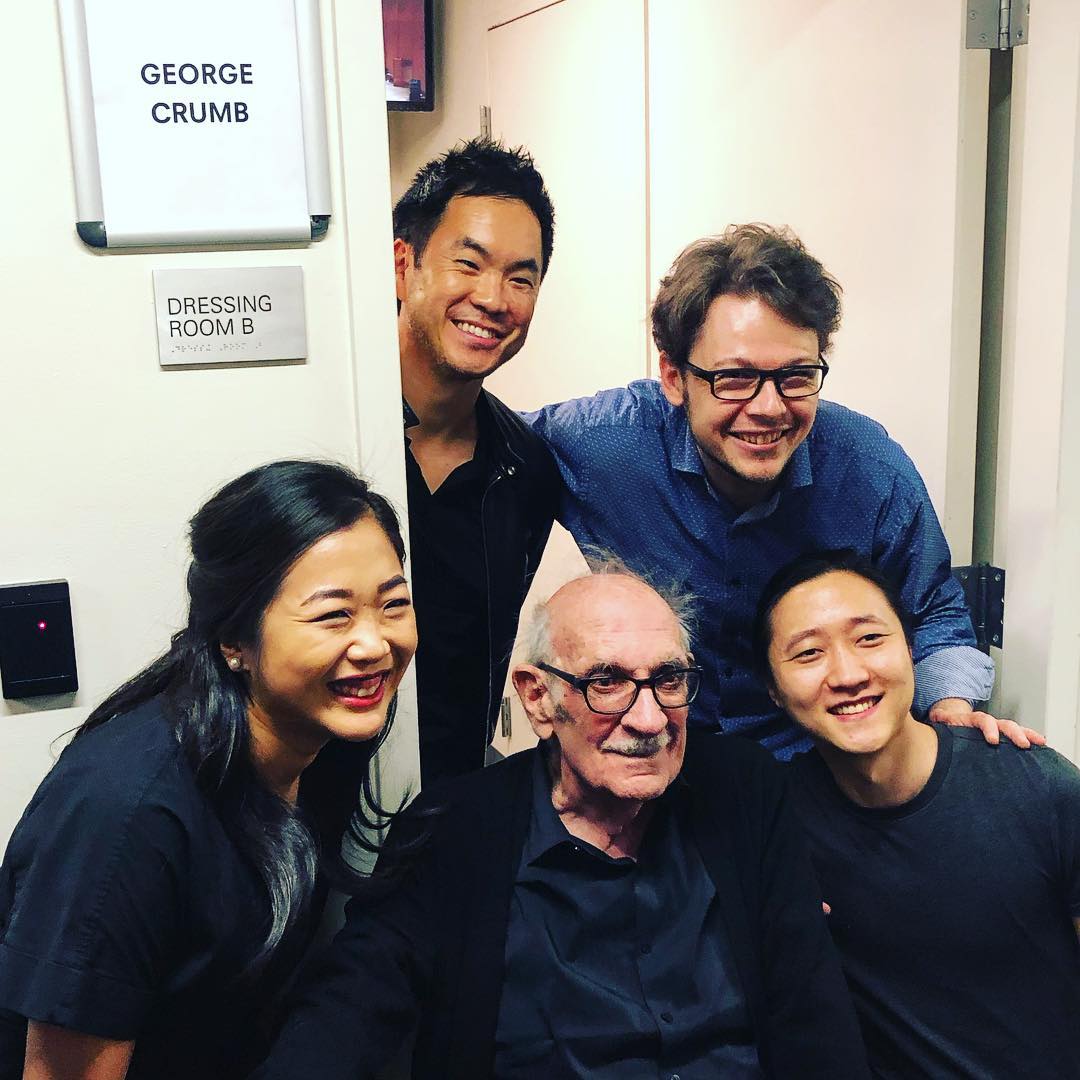 Kristin writes, "I stopped by KAMR Local 4 News last week to talk about my concert with Amarillo Symphony and play 'Somewhere' from the West Side Story Suite. Here’s the full TV segment with Jacomo Bairos! Thanks again to KAMR, Amarillo Symphony, and Jacomo for having me!"
WATCH HERE 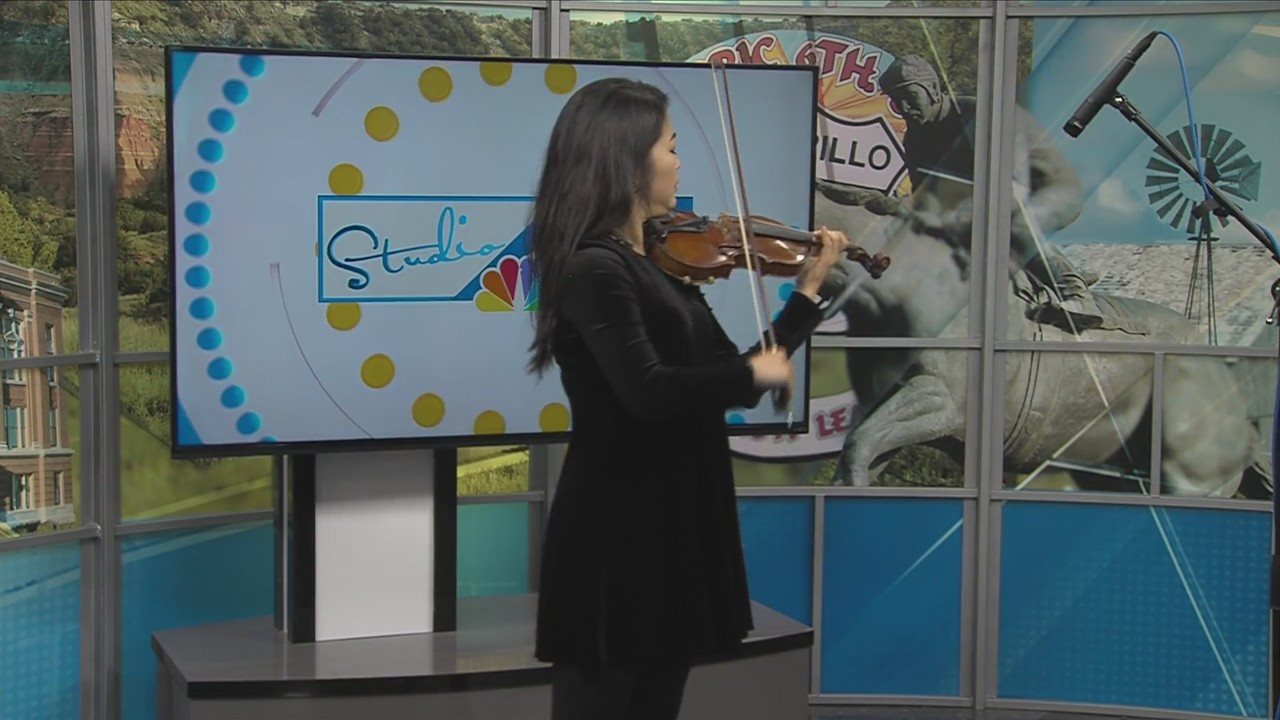 Kristin writes, "UNFORGETTABLE week with these amazing people ... and a great chance to explore Boulder and Portland for the first time. Thank you, Silkroad, for this memorable experience!" 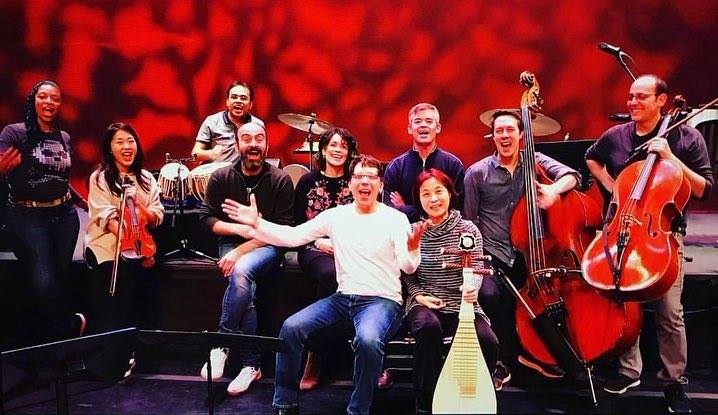 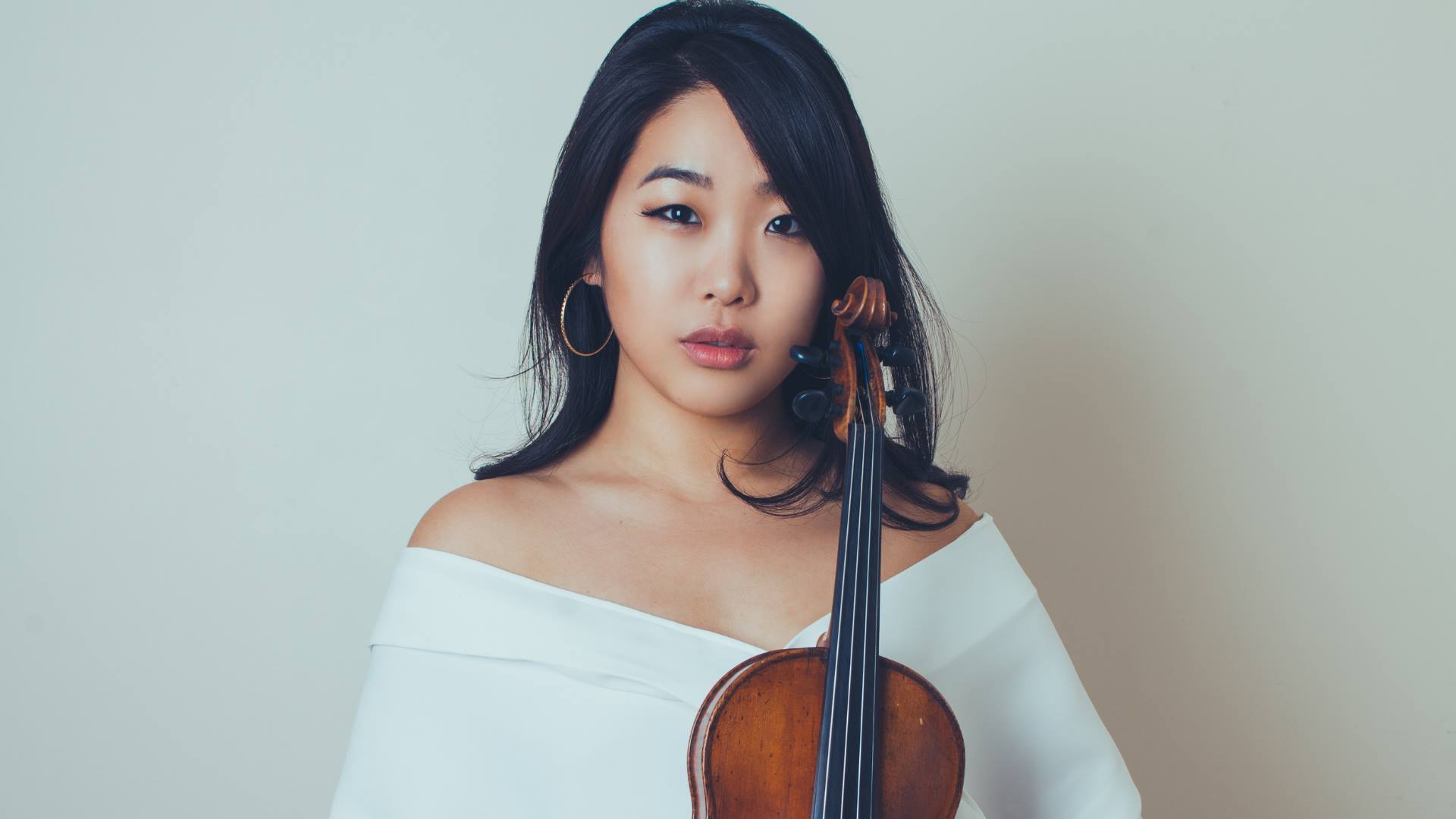 New video from The Chamber Music Society of Lincoln Center

Kristin Lee and pianist Michael Brown performed Prokofiev’s Violin Sonata No. 2 in D Major, Op. 94a at The Chamber Music Society of Lincoln Center in July 2017. You can now watch a video of their performance. WATCH HERE 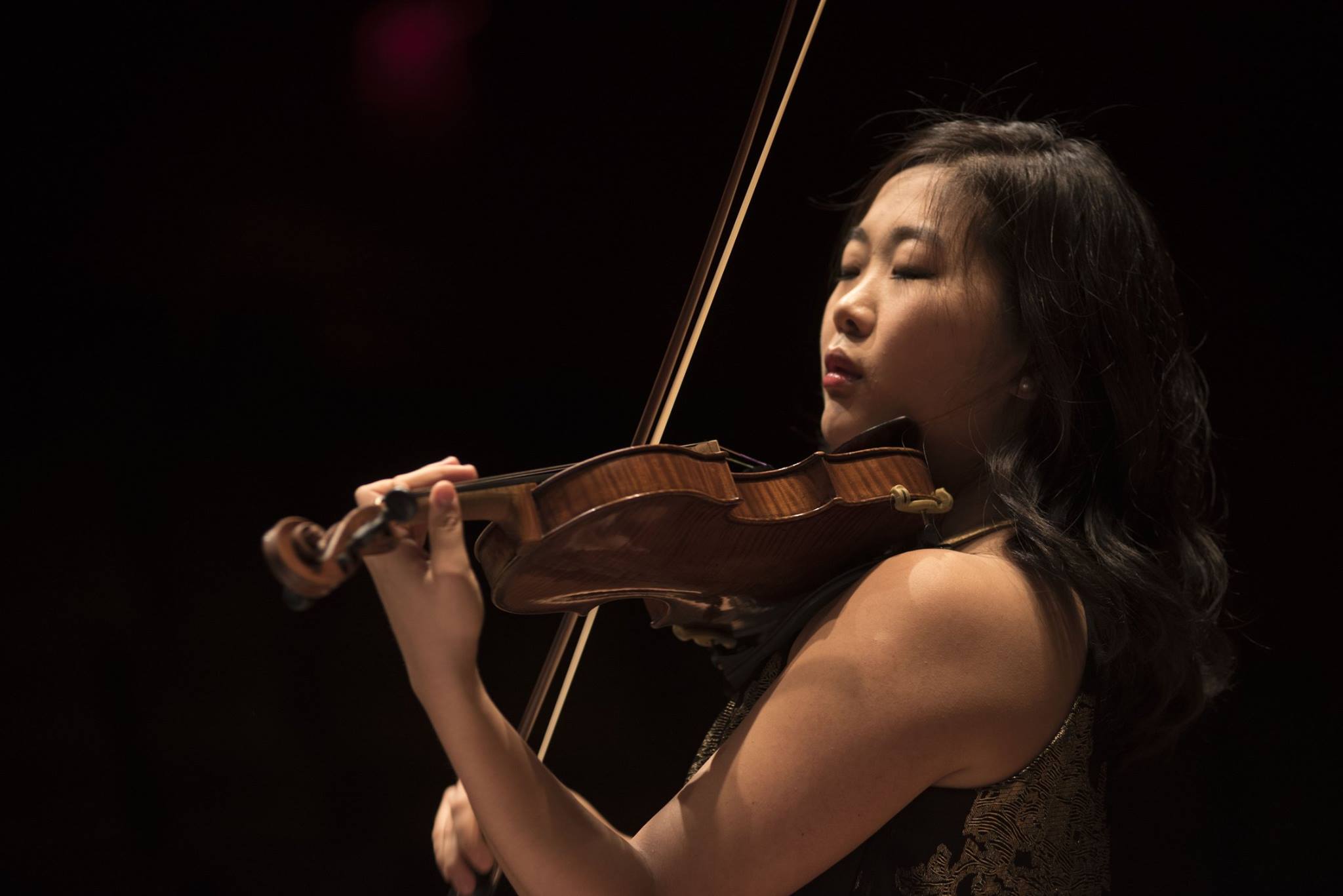 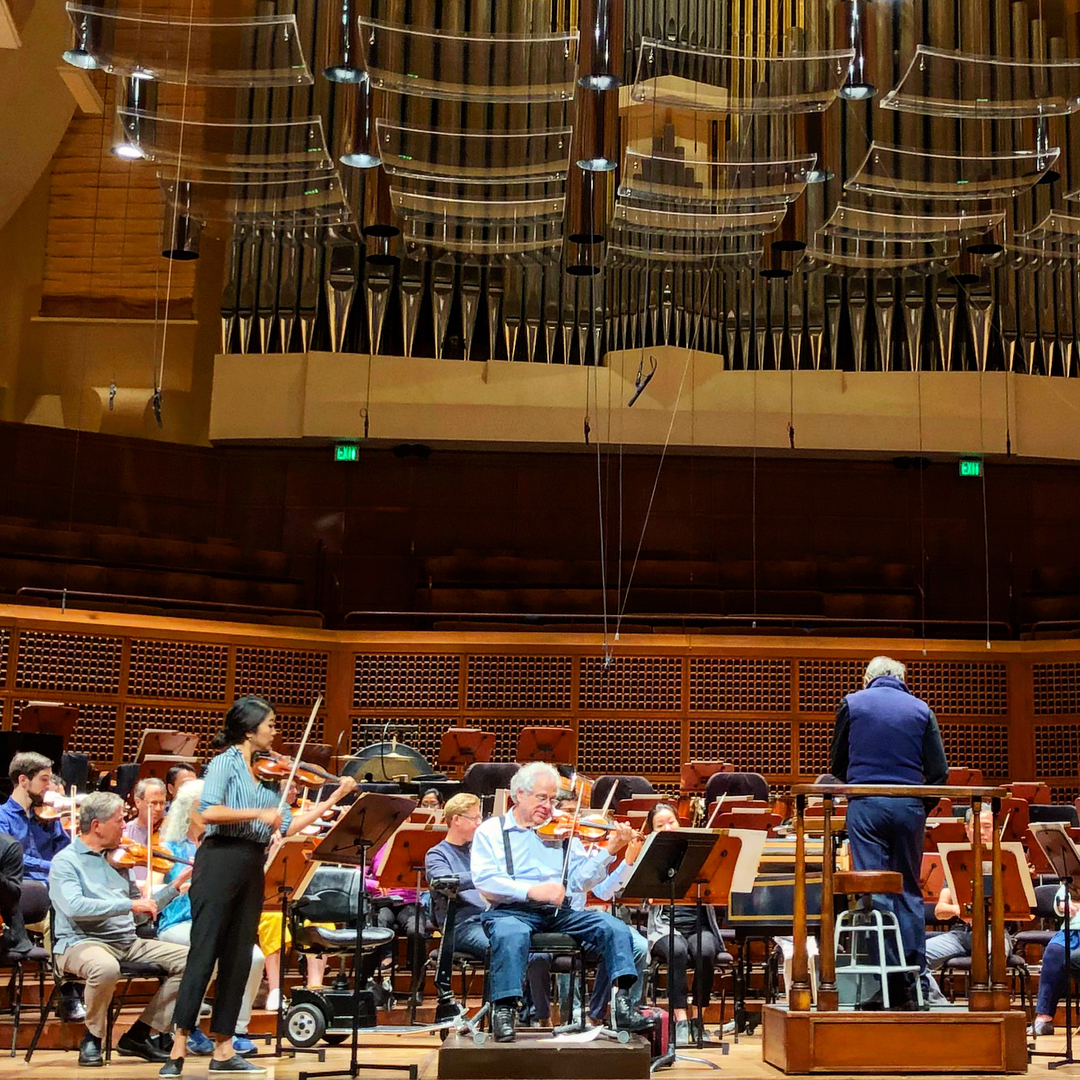 The SunBreak reported, "The enthusiastic sold-out audience bodes well for the rest of this season with its six concerts all of which include fresh and unexpected musical ideas." 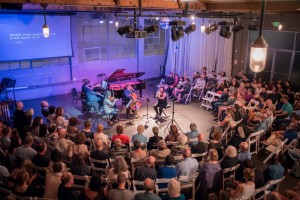 "[Kristin Lee]'s Prokofiev was, in a word, spectacular. And, with their usual knack for matching up musicians of like quality, Michael Brown at the Steinway played with thrilling verve and clarity." - Oberon's Grove 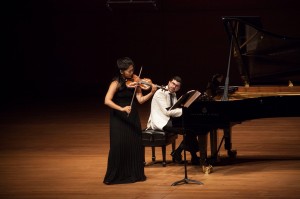 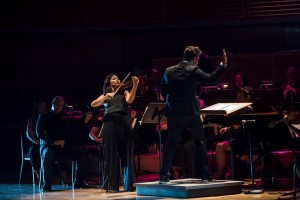 Jakub Ciupinski wrote Glitch for Kristin Lee's Double Helix project back in April 2014. This performance, live at National Sawdust in November 2015, is an "upgraded" version with extended improvisations. 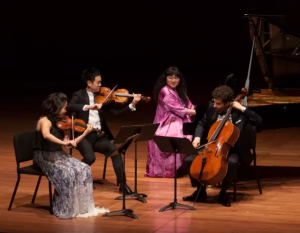 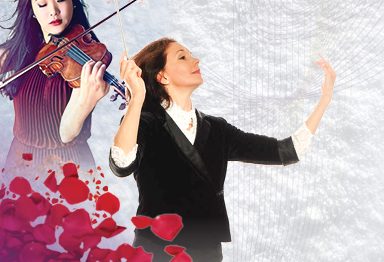 Kristin returns to the National Symphony Orchestra of the Dominican Republic

Following a successful performance in November 2016, violinist Kristin Lee was invited back to The National Symphony Orchestra of the Dominican Republic to perform Tchaikovsky's Violin Concerto with conductor José Antonio Molina on January 13, 2017. Watch the live performance below! 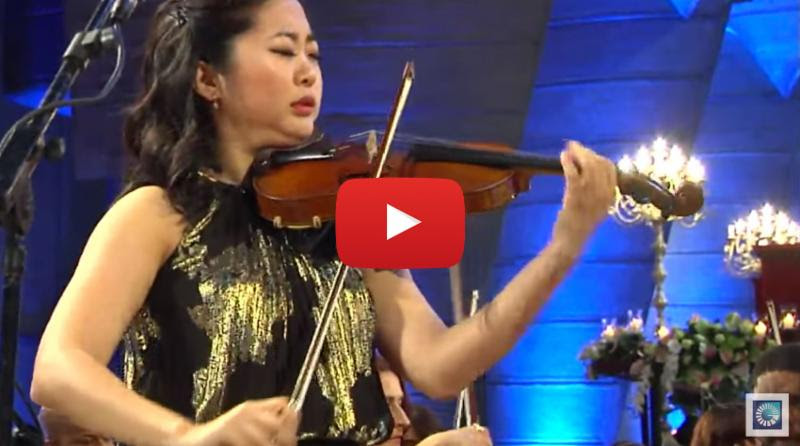 In September, Kristin represented The Chamber Music Society of Lincoln Center at TEDxNewYork with violist Matthew Lipman, where they received a standing ovation for their performance of Johan Halvorsen's Passacaglia in G minor.

Kristin Lee joined conductor Sarah Iaonnides and the Nordic Chamber Orchestra for Piazzolla's The Four Seasons of Buenos Aires. Sundsvalls Tidning wrote this review, reporting “... it is rare to hear a violinist with such a mellow, confident and stable sound, who does not need intensive vibrato to fill the room and carry out over the orchestra.” 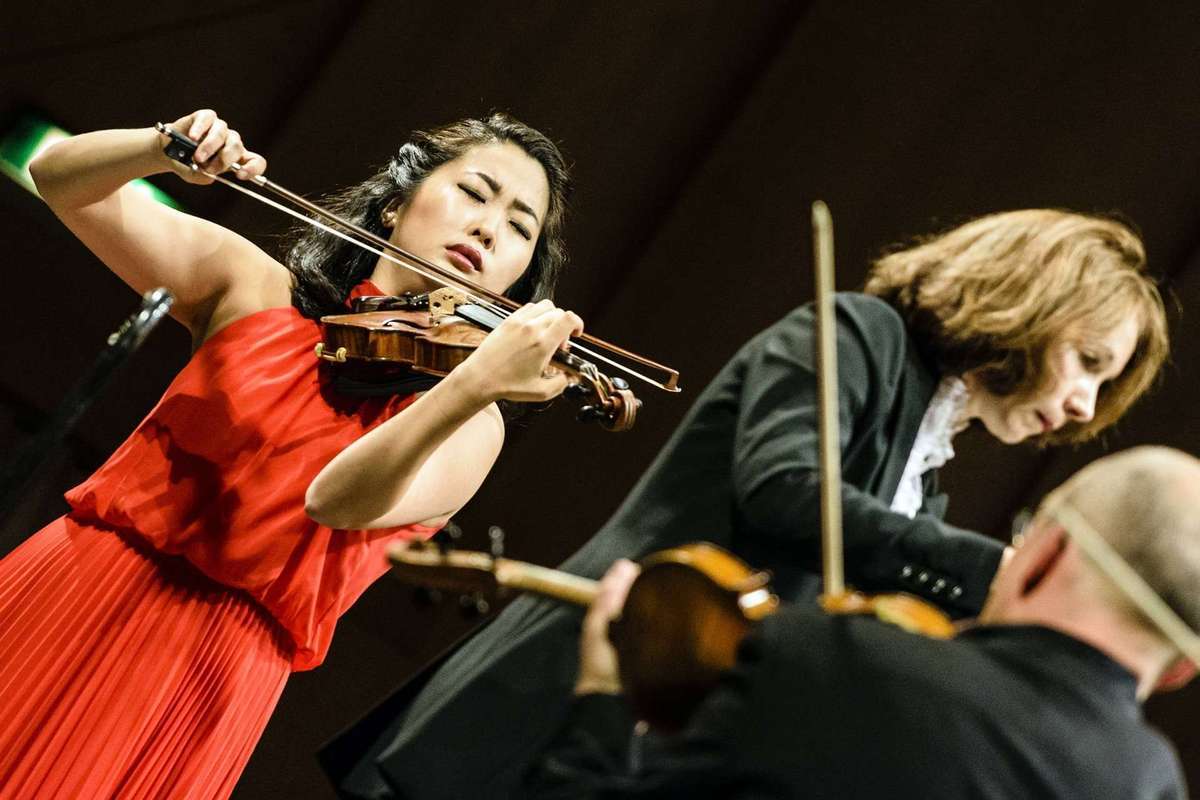 Kristin Lee is featured in the season premiere of Live from Lincoln Center, streaming now on WNET Thirteen New York. Watch her lead the Chamber Music Society of Lincoln Center in Copland's Appalachian Spring at 58 minutes into the program. 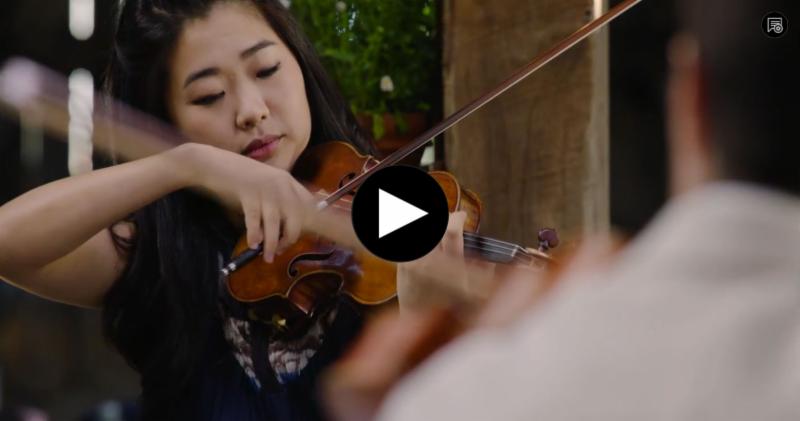 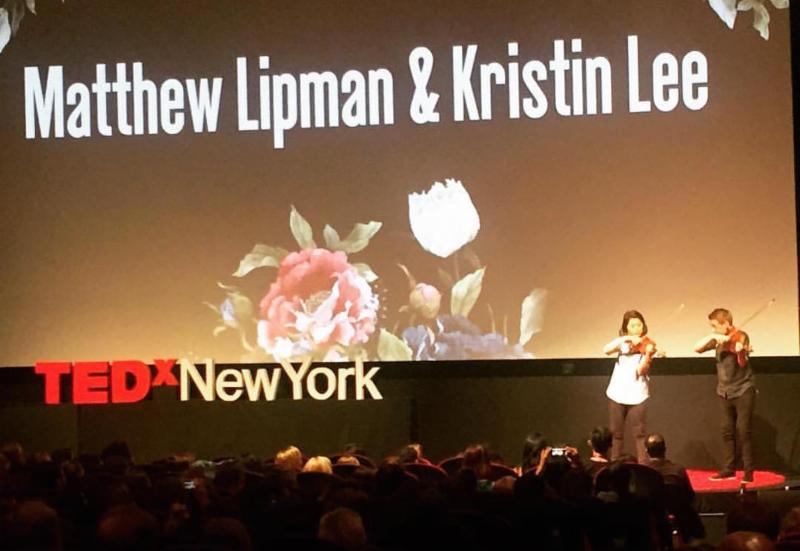 Kristin officially joins the Camerata Pacifica as a Principal Artist on their roster, sitting in the The Bernard Gondos Chair. In April 2017, she will perform Beethoven’s "Razumovsky" String Quartet with violinist Giora Schmidt, violist Richard O'Neill, and cellist Ani Aznavoorian. 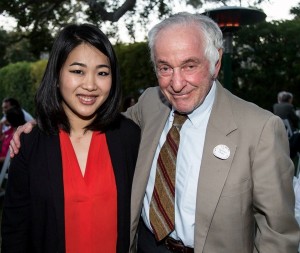 We are delighted to announce that violinist Kristin Lee has joined the Jensen Artists roster for both management and PR!

Since her concerto debut with Orchestra Atlanta at the age of 10, Kristin has enjoyed a vibrant career as a soloist, recitalist, chamber musician, and educator. Kristin was the recipient of the 2015 Avery Fisher Career Grant and a top prizewinner of the 2012 Walter W. Naumburg Competition. She has been praised for her "mastery of tone" by The Strad and described as "operating on such a high level that the music carried the day" by The Philadelphia Inquirer. Her recent debut at the Milwaukee Symphony Orchestra was deemed a "perfect balance of finesse and vigor" and a "commanding performance that demanded and got rapt attention from the audience" by the Milwaukee Journal Sentinel. Other recent engagements include appearances with the Guiyang Symphony Orchestra of China and the St. Paul Chamber Orchestra, and a program of new works commissioned by Kristin, which was premiered at Philadelphia’s World Cafe Live and performed at Le Poisson Rouge.

Kristin was a winner of Astral Artists’ 2010 National Auditions and has spent the last six years developing her career on the non-profit organization's highly esteemed and intensely cultivated roster of classical musicians. We are thrilled and grateful that Astral Artists' Vera Wilson connected Kristin with Jensen Artists earlier this year, and look forward to partnering with her in her career.

Upcoming highlights for the 2016-17 season include her debut with the Tacoma Symphony, Hong Kong Philharmonic, Nordic Chamber Orchestra of Sweden, and return to the Orquesta Sinfonica Nacional of Dominican Republic. Kristin is also a member of the Chamber Music Society of Lincoln Center, following her completion of a three-year residency as a CMS Two artist, and will tour in 12 states across the country with the world-renowned chamber group this season.